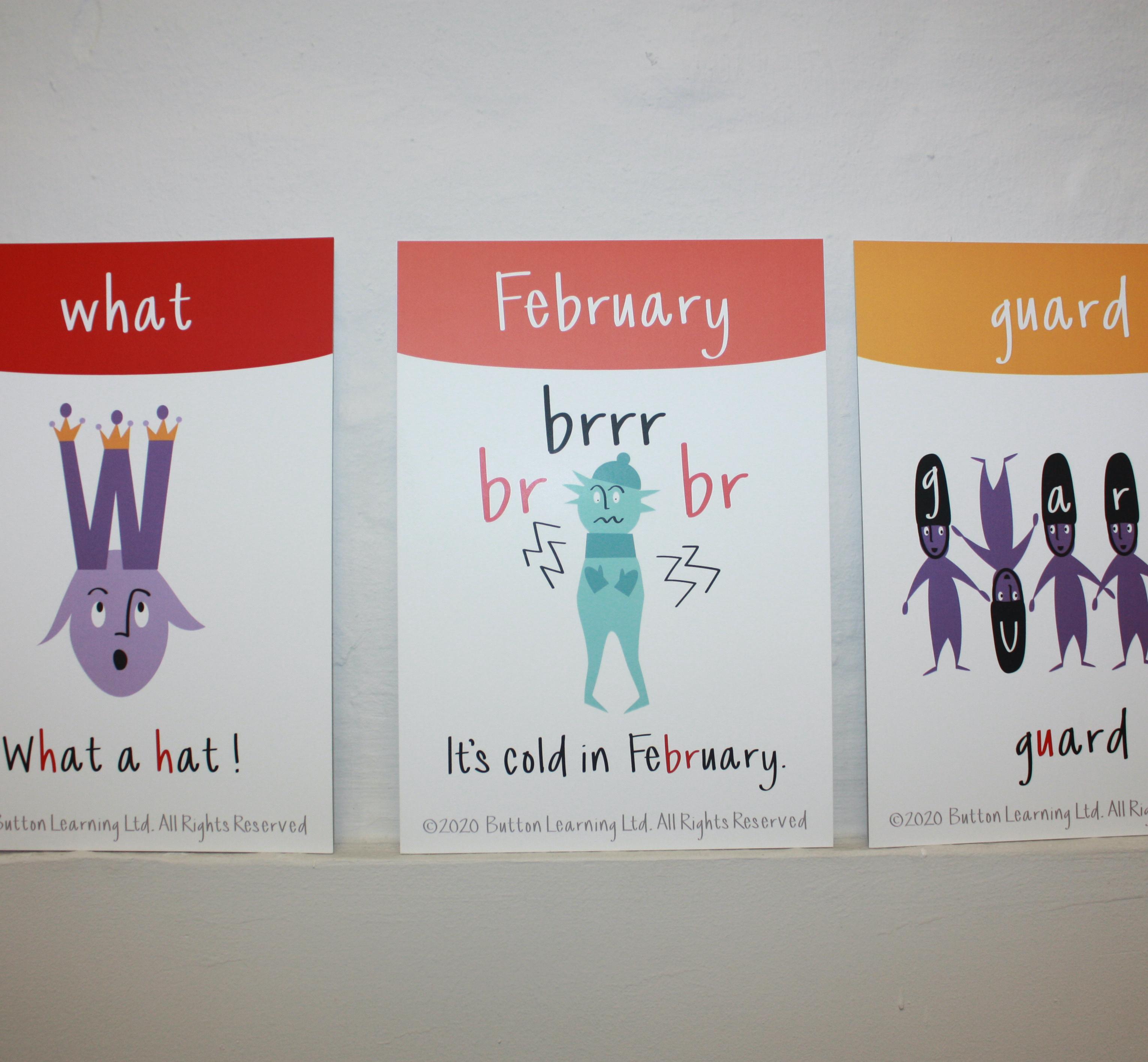 These can be used for direct teaching and display around the classroom or at home. It is worth talking through the visual mnemonics when the children see them for the first time. Here are a few hints on how you might do this.

Button Spelling is a card game for two players. You can play with one deck (30 cards) or two decks (60 cards) or just a subset if you want to focus on particular words. 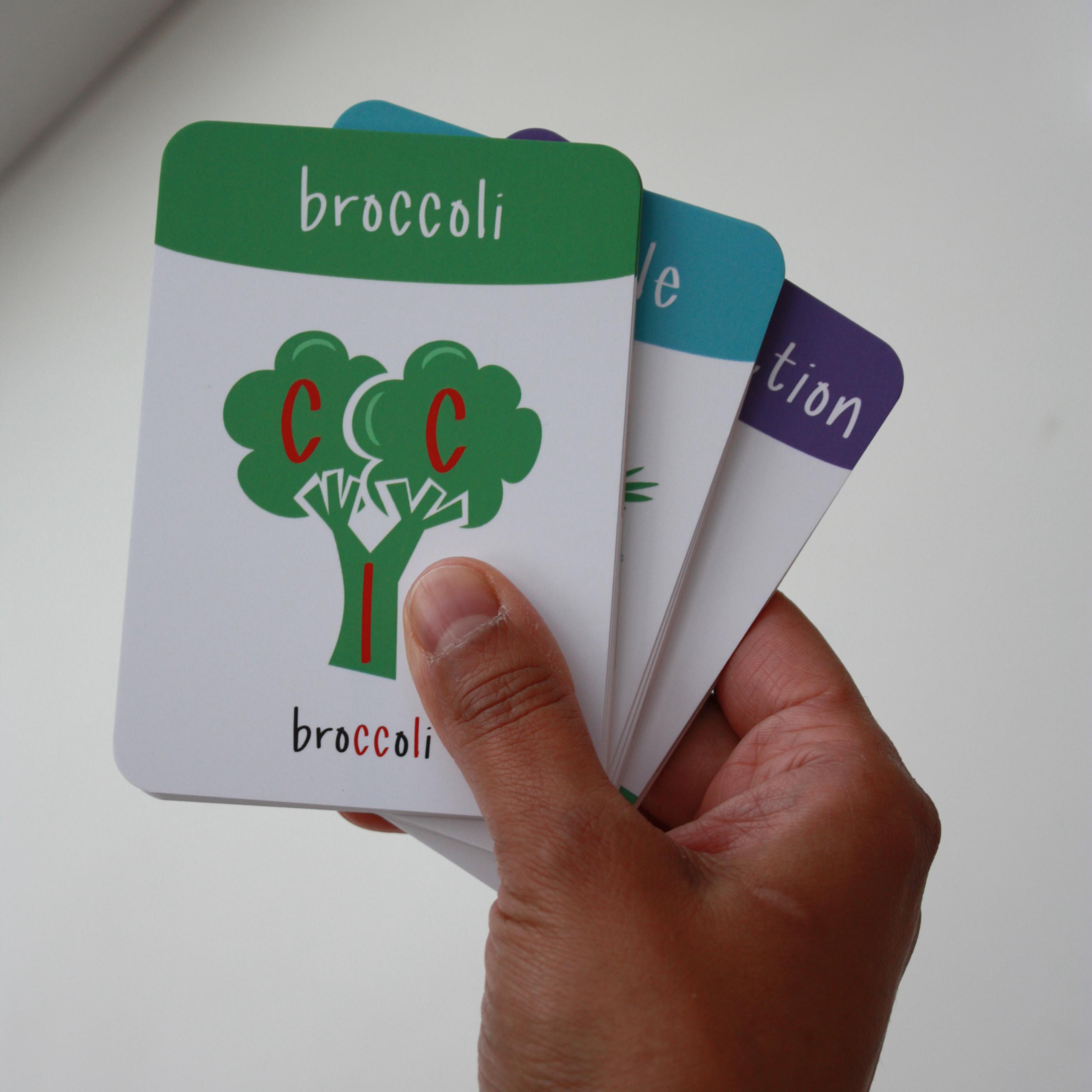 The card game can be used in conjunction with the posters, or on its own. The game is a fun way to practise what a child has learnt through using the posters. However, if they have never seen the visual mnemonics before, it might be worth spending a little time talking through the images as described above. (But even if you don't, they soon understand how it works).

Shuffle the cards and place them face down in between you. The first player takes a card and reads out the word at the top, and the clue (?) if there is one. The second player has to spell the word. They can write it down too if that helps.

If they spell the word correctly first time, they win the card. If they spell it incorrectly, the card goes to the bottom of the pile. Players keep taking turns until all cards have been won. Difficult cards can come up several times until one player can get the spelling right - this is an integral feature of the game, as it provides extra practice for both players on the trickiest words.

Once all cards have been won, players count up their scores, according to the colour on the top of the card: red cards 1 point, orange cards 2 points, yellow cards 3 points, green cards 4 points, blue cards 5 points, purple cards 6 points.

If you have any further questions, suggestions or feedback, please email hello @ buttonlearning.com - we'd love to hear from you.